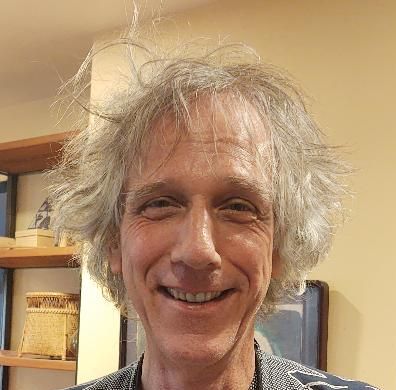 (After 5 Months of Shelter-in-Place)

Before earning his Bachelors Degree from Salisbury State University, Salisbury Maryland and then working for a short time at Sherwin Williams, Mike Legge studied classical guitar with David Harris at the Academy of Musical Arts in Upper Montclair, NJ. and performed with folk groups & garage bands.

He then accepted a job teaching guitar at The DeBellis School of Performing Arts on Bloomfield Avenue in Newark, NJ. With New York city being only minutes away Mike began studying at The Guitar Study Center founded by Paul Simon's brother Eddie Simon. It was there that Barry Kornfield piqued his interest in Songwriting. As a member of ASCAP Mike was also privileged to attend Songwriting workshops; including a workshop with Lyricist/Jazz Singer Lorraine Feather.

In order to gain a deeper skill in Music Theory & Application he studied Jazz Guitar with Joe Cinderella. Later on Mike earned his Master of Arts Degree in Music Composition from  the College of NJ in Trenton, where he learned Arranging from Frank Hunter.

In 2007 Mike transitioned his career as a Research Scientist, with the NJ Department of Health, to an Independent Researcher. He continued his work in the development of healing music systems based on Traditional Chinese Medicine. Acupuncturists and Massage Therapists earned CEUs from NCCAOM and NCBTMB by being certified in the "Legge Method of Allergy Elimination."

In 2014 his "I Ching Rebalancing Music" system was used in TLC Hospice for dementia and failure to thrive patients and Lansdale Hospital for Med/Surg, Telemetry and ACU patients. With the Music Apothecary an app for Android & Windows Operating Systems was developed and used in private practice for Food Disorders, Electro-Magnetic Field Sensitivity and Brain & Body Region Disorders. Currently Mike practices his "Musical Yi Jing", the newest system for helping his clients.

He also has clinical experience as a Reiki Master, a NAET Practitioner and a Clinical Hypnotherapist.

Mike is a member of the American Society of Dowsers and is the
Vice President of the Guy Snyder Chapter.